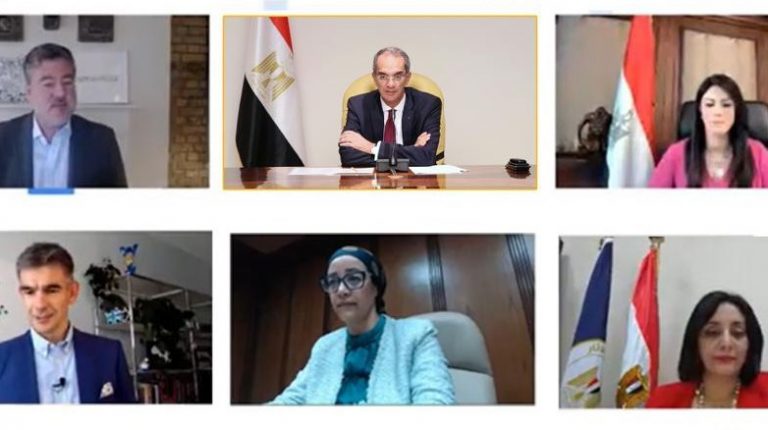 The cooperation agreement was signed by ITI head Heba Salih and Matt Britten, President of Google, for the Europe, Middle East and Africa (EMEA) region. The signing took place via video conference, and was witnessed by Minister of Communications and Information Technology Amr Talaat.

The programme, which is entitled “Artificial Intelligence Program and Building Machine Learning Capabilities”, aims to include graduates and students of software engineering and computer science majors on AI tools and processes. This is in addition to machine learning from natural language processing, computer vision, and predictive analytics.

The programme aims to support the next generation of computer engineers and software developers of all levels, in Egypt, with the required skills to meet the current challenges using machine learning technology.

Trainees will also be able, over a period of 18 months, to pass an integrated programme of courses and practical tests provided by the Qwiklabs online training platform. This will take place under the leadership of distinguished experts from Google and other key partners.

The agreement includes a plan to operate the first level, which aims to train 25,000 trainees on AI applications. This is provided that the training work will be completed in the second phase, which will include both the second and third levels, which, upon its launch, will target 3,000 trainees per level. This will bring the total number of beneficiaries to more than 30,000 beneficiaries.

Talaat said that cooperation with the global company Google is an addition to the training programmes provided by the Ministry of Communications and Information Technology and its affiliates to build the capacities of young people.

He expressed his appreciation for Google’s efforts, and noted that he is looking forward to meeting examples of the initiative’s young graduates after they have completed their training.

The agreement was signed on the sidelines of the virtual symposium “Post COVID-19, and adopting modern technologies for economic take-off”, organised by Google.

The symposium was held as part of “Grow Stronger with Google” initiative activities, launched by the global company to support small businesses and individuals in the Middle East and North Africa (MENA) region.

The virtual seminar was attended by: Minister of International Cooperation Rania Al-Mashat; Deputy Minister of Tourism Ghada Shalaby; US Ambassador to Egypt Jonathan Cohen; Director of Google in Egypt Hisham Al-Nazer; and a number of representatives from the Egyptian Embassy in the US and the US Embassy in Egypt.

Over 1,500 youth participate in GDG DevFest Egypt conference at AUC

Google hires a team to be based in Cairo