Among the most fertile of Egypt’s lands in Daqahleya governorate, 48-year-old farmer Mohamed Awad used to plant rice at this time of the year.

In 2020, however, he has been prevented from doing so by the local authorities, as the Egyptian government moves to allocate only a certain area of land to cultivate rice to decrease the country’s water consumption.

Awad said that rice is one of the best crops for farmers in Egypt to grow in economic terms, but “due to the construction of the Ethiopian dam, the government started to decrease the area cultivated with the water consuming crop.”

Whilst ostensibly to save water, the decision has negatively affected thousands of farmers across Egypt, like Awad, who have had to plant other crops they are not used to.

Egypt is heavily dependent on River Nile water, which provides about 97% of its present water needs. This still means that Egyptians can access only 660 cbm per person, one of the world’s lowest annual per capita water shares.

Meanwhile, Ethiopia is proceeding with construction on the Grand Ethiopian Renaissance Dam (GERD), which Egypt believes will threaten its water security.

The Egyptian government blames overpopulation for the exponential increase in water demands. With the population expected to double in the next 50 years, Egypt is projected to experience critical countrywide fresh water and food shortages by 2025, according to a study conducted by the Geological Society of America (GSA).

Over the next 30 years, Egypt’s population is estimated to reach 150 million which will lead to a decrease in the per capita share of water to 350 cm/year.

Minister of Water Resources and Irrigation Mohammed Abdel Aaty explained that his ministry is bulking out on the amount of water available, with 33% of Egypt’s water coming from recycled water resources. A further 55% of the virtual water comes in the form of crops that are imported as commodities and food items.

Egypt’s per capita share of water currently stands at below the international standard of 1,000 cbm/year, with the country taking 600 cbm/year. Despite the potential threat to accessing water from this source due to the Ethiopian dam project, the country’s share of River Nile waters is stable.

Ragab Abdel Azeem, Deputy Minister of Water Resources and Irrigation, said that in order to meet the country’s water needs, the ministry has set a strategy using four directives. These will develop water resources, rationalise water use, purify water and protect it from pollution, whilst also creating the appropriate environment for implementing these aspects.

Abdel Azeem noted that the ministry is working on implementing a modern irrigation system as an alternative to flood irrigation. The Ministry of Water Resources and Irrigation has also implemented programmes and campaigns to educate farmers and citizens about the importance of balanced water consumption.

In addition to this, the ministry is undertaking several studies to estimate Egypt’s underground reservoir, and its potential uses in development without depleting this non-renewable natural resource.

“We have, in the past two years, started to implement the use of solar energy for irrigation in underground wells instead of diesel,” Abdel Azeem said.

Researchers have identified new drought-resistant plant genes that could cope with water scarcity. They have also looked into cultivating rice, which could help in decreasing the salinity of the soil in Egypt’s coastal governorates.

He said that he has developed a variety of rice, which was given the name “Oraby” in honour of the political leader Ahmed Oraby and who is Zagazig University’s symbol.

This new variety of engineered rice only takes about 120 days to grow, compared to the 145 days for normal rice. He added that the Oraby rice variety can be cultivated twice yearly. 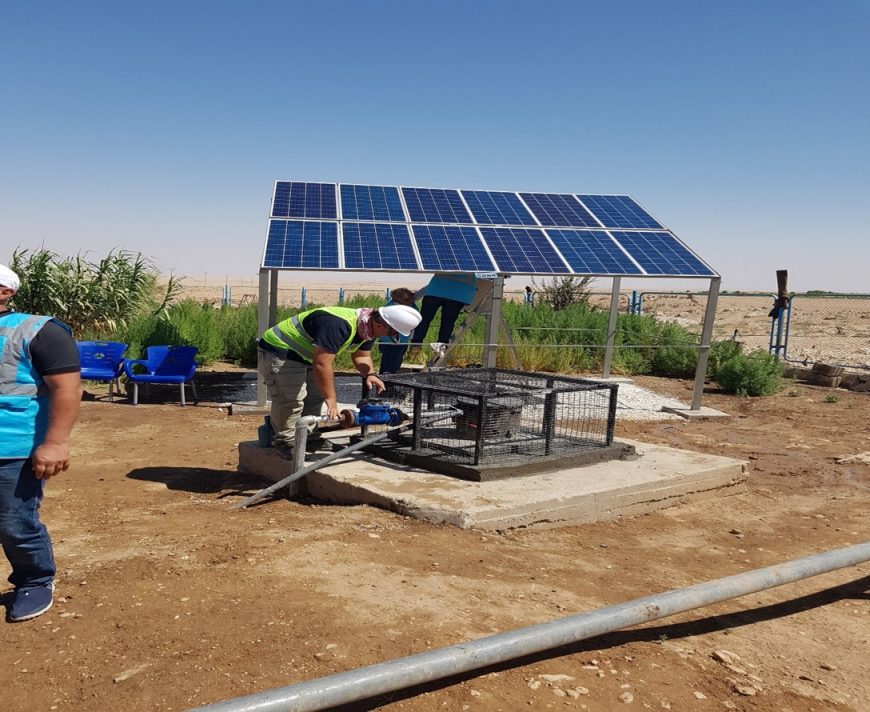 It can also be cultivated on all types of land, with successful cultivation experiments having been undertaken using the sandy soils of Toshka, as well as in clay soil. According to Soliman, there are several other benefits to the new variety of rice developed at Zagazig University.

Not only is Oraby rice considerably more productive than normal varieties, it is also possible to cultivate 2m feddan of Oraby rice using the same amount of water as that needed for 1m feddan of normal rice.

Another solution to mitigating the water access crisis is the use of desalinated water. This would see a dependence on groundwater as well as the desalination of seawater to meet the domestic demand for water.

Late in 2019, the government established the Alamein desalination plant, located on the Mediterranean Coast. The plant expects to produce 150,000 cbm/day of drinking water from desalinated seawater.

A recent study noted that the domestic water sector is one of the largest users of water in Egypt, consuming more than 16% of the country’s total renewable water resources.

Egypt is urgently in need of a plan to offset the increase in current domestic water consumption, from around 9.2bn cbm in 2016 to about 15bn cbm of water by 2040. This would use alternatives to River Nile waters, according to findings of a study published in the American Journal of Engineering Research (AJER).

According to the study, domestic water in Egypt is taken from two main sources. The first source is surface water, which supplies about 88.99%, with the second source being groundwater, which supplies about 10.77% of total demands. A further 0.24% is taken from sea water desalination plants. The major factor affecting the amount of diverted water for domestic use is the efficiency of the country’s delivery networks.

“Groundwater and seawater desalination are together a promising source for meeting the future water needs of Egypt. By 2040 Egypt will need additional 5bn cbm to meet the domestic use of water to reach the needed amount 15 bn cbm,” said Osama Sallam, the author of the study and researcher at the Egyptian National Water Research Center, and Water Projects Manager, at the UAE’s Environment Agency.

Sallam added that Egypt’s groundwater stock is fresh with low levels of salinity, allowing for the future domestic water demands to be met. He noted that it is also cheaper than seawater desalination methods.

The process of seawater desalination is very expensive, with the cost of desalinating 1 cbm of water currently stands at $1,000. This is in addition to the other operating and maintenance costs. 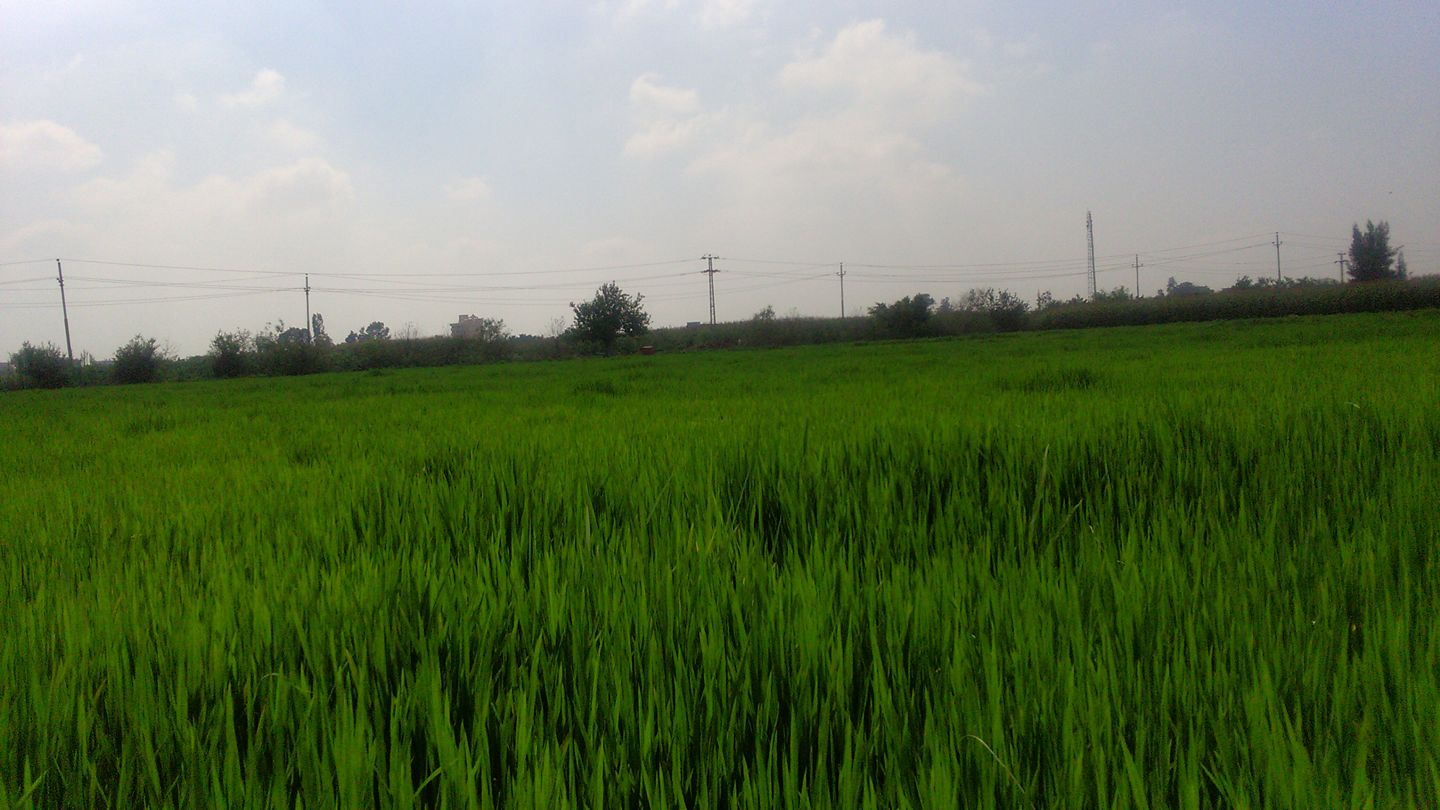 This process, however, is a promising source of water for coastal governorates particularly as Egypt relies on cheaper sources for energy that will help in decreasing the cost of desalination.

A total of 97% of Egypt’s land is desert, found in Sinai as well as the Eastern and Western Deserts, with only a restricted line of fertile lands available hugging the River Nile.

For arid countries like Egypt, scientists at the University of California at Berkeley have developed a device that produces water from dry desert air, using only sunlight. The method is dependent on developing a molecular powder, a metal–organic framework (MOF), that is highly porous and acts like a sponge to absorb water.

According to the study published in Science Advances Journal, the powder saturated with water during a moist and cool night after it was packed in a frame at a plexiglass box. After this step, it releases water as sunlight heats it during the day, resulting in water condensation on the sides of the box which was kept open at night and closed in the day.

Ethiopia hopes to generate power from GERD within 12 months