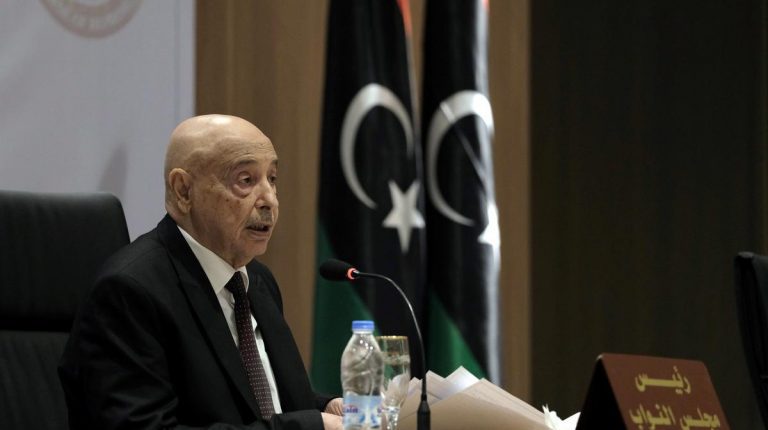 Egypt has the right to intervene in Libya to protect the national security of both countries, Libya’s House of Representatives has said.

It added that Egypt also has the right to deter “the blatant Turkish intervention in and invasion of Libya”, if it observes an imminent threat.

In a statement early on Tuesday, the Libyan parliament asserted that it is the only elected and legitimate representative of the Libyan people.

The parliament added that it welcomes comments made by Egypt’s President Abdel Fattah Al-Sisi in late June in the presence of Libyan tribal representatives, in which he said Egypt is ready to intervene in the war-torn country “if the Libyan people asked us”.

Al-Sisi said that any direct Egyptian interference in Libya has international legitimacy under the right to self-defence. He also said that Egypt is ready to train and arm Libyan tribal youth, under the supervision of their representatives.

The Egyptian President added that such interference would aim to protect and safeguard Egypt’s western borders from threats posed by terrorists and mercenaries.

The Libyan parliament, an ally of the Libyan Arab Armed Forces (LAAF) led by Commander Khalifa Haftar, said that countering invaders would “ensure the independence of Libyan national decisions, maintain the sovereignty and unity of Libya, and preserve the wealth of the Libyan people from the ambitions of the colonial invaders”.

Turkey has recently intensified its military support for the Tripoli-based Government of National Accord (GNA), which is led by Fayez Al-Sarraj. It is already providing drones and air defence systems, weapons, and Syrian mercenaries, which have helped the GNA claim key victories in recent months against its rival, the LAAF.

Turkey has deployed 15,000 Syrian mercenaries to Libya so far: SOHR