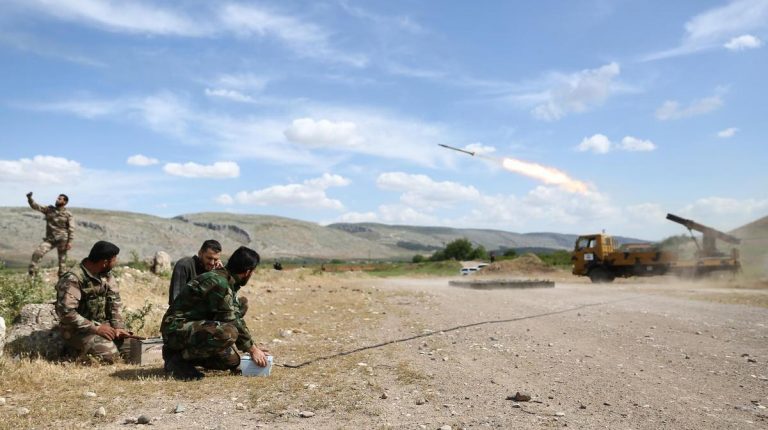 Turkey has sent a total of 15,000 Syrian mercenaries to fight in Libya with the Government of National Accord (GNA), according to the Syrian Observatory for Human Rights (SOHR).

In a statement on Monday, the SOHR said that Ankara has also transported new batches of Syrian mercenaries to Libya in the last few days.

About 3,200 of the mercenaries have returned home after receiving financial pay-outs following the recent advances by the GNA and its loyal forces, the SOHR added.

The Syrian mercenaries include 300 minors aged between 14 and 18, the SOHR said.

The death toll among Syrian factions in Libya loyal to Turkey has now increased to 432, including 30 minors under 18 years old, the SOHR added.

The GNA is mainly supported by Turkey, which continues to send mercenaries from Syria alongside other kinds of support such as drones and air defence systems. These have helped the GNA’s forces claim key victories in recent weeks.

Earlier on Monday, the GNA’s rival, the Libyan Arab Armed Forces (LAAF), reportedly launched three airstrikes, according to the Al-Arabiya TV channel. The airstrikes were aimed at sites belonging to GNA-loyal militias in Al-Saddadah, east of Misrata.

In the meantime, Belkasem Darbouk, deputy of the Libyan Cities and Tribes Supreme Council, told Al-Arabiya that a delegation representing all Libyan tribes will head to Egypt for a meeting at the Western Military Zone in Sidi Barani.

Darbouk added that the delegation will, from Sidi Barani, announce its support for Egyptian President Abdel Fattah Al-Sisi’s speech, in which he pledged to support the Libyan youth and the LAAF in their fight against terrorism in Libya.

Over a week ago, President Al-Sisi announced that any direct Egyptian interference in Libya holds international legitimacy under the UN Charter and under the right to self-defence.

Al-Sisi said that such interference aims to protect and safeguard Egypt’s western borders from threats posed by terrorist militias and mercenaries. He added that Egypt considers militia advances towards Sirte and Jufra as a ‘red line’ that cannot be crossed.

Earlier on Saturday, a US delegation met with the GNA Ministry of Interior on militia demobilisation. The US government “stressed opposition to all foreign intervention in Libya and discussed the imperative of an immediate ceasefire and return to UN-facilitated security and political negotiations”, according to a statement released by the US Department of State.

Since the fall of Libya’s former leader Muammar Qaddafi in 2011, the country has undergone years of conflict. The oil-rich country has been split between two warring factions since 2014, the GNA based in Tripoli, and the LAAF based in Benghazi.

Egypt to take any measures to prevent Libya falling under militia control: Shoukry

Opinion| Libya, Turkey, Egypt, and the story of Mediterranean gas

Egypt will respond appropriately to any threats to its security: Shoukry

Cairo Declaration as a conclusive solution to Libyan crises: Kremlin